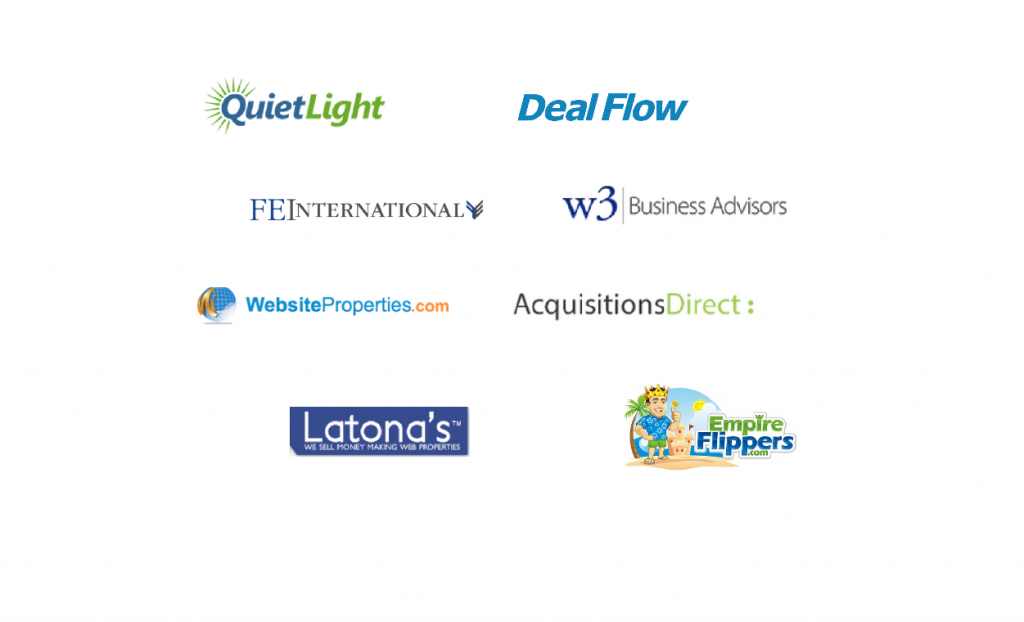 Quiet Light, FE International, Deal Flow, Latona’s – we’re all guilty of it! Or at least this is how some buyers see it.

With nearly half a decade in the online business brokerage industry, the number one concern that I keep hearing from buyers is related to accounting with owner’s time (and the cost of it) in the provided financials.

This is clearly a major issue, and one that no online business brokerage has yet managed to properly solve.

The Roots of the Problem

The whole issue around declaring the cost of owners’ time commitment really comes down to the fact that in our industry we see three very different types of websites and online businesses being sold. We have:

1)   Fully owner-operated businesses, where the owner spends significant time on managing the business.

2)   Partially owner-operated businesses, where the owner spends some time on running the business.

3)   Fully outsourced businesses, where the owner spends little to no time managing the business and only oversees its activities at a high level.

None of the above business types are necessarily better or worse than others. At the end of the day, buyers’ motivations behind purchasing are also different, and whilst some buyers prefer making semi-passive investments, others are on the lookout for a “lifestyle business”, which they can (and want to) fully operate themselves.

But the issue surfaces with the way those different types of businesses are presented to buyers, as it’s often not at all clear which type of business we’re dealing with, until later in the process.

Perhaps the biggest obstacle for buyers is the fact that whilst semi-passive and near-passive businesses are typically valued much higher than the ones that require substantial owner-operation, it’s often unclear based on the initial listing information what type of business we’re looking at, and therefore profit multiples are often extremely confusing.

When looking at any major broker’s listings at any given time, one is likely to notice both properties priced as low as 1x cash flow, as well as ones that are priced as high as 3.5x cash flow.

Whilst valuations of course vary a lot depending on the nature of the business, the industry that it operates in, how much history it has, whether it’s trending upwards or downwards and a number of other assets, one of the primary aspects that determines the multiple, especially in the lower – $50k – $500k – price bracket, is the owner workload that the site requires.

Because of this, it’s difficult for buyers to grasp the ACTUAL multiple that they want to see in order to make an informed decision.

As a buyer looking for a passive investment, all that I’m interested in is what the price multiple is going to be once I have outsourced all of the operational aspects of the business.

Similarly, as a buyer looking for a lifestyle business, I’m interested in what the price multiple is if I stop using any freelancers and put in 4-8 hours a day of my time.

But as it stands, none of this information is available until the buyer takes out the Prospectus, reads it through entirely to determine the level of owner operation, and then applies their calculations.

To make matters even worse, a number of buyers constantly accuse brokers in misrepresenting financials (or allowing sellers to do so), through marketing businesses that require significant owner operation but not taking this into account on the Income Statement.

Naturally, those accusations aren’t always groundless – some brokers are known to knowingly hide information like this, but fraudulent brokers are a whole different topic that I’ll leave for another day.

What makes matter complicated is that legitimate brokers also get accused in the same, even though their prospectus’s make it clear how much owner involvement a particular business requires.

Currently, the majority of brokers tend to take it for granted that an average online business requires owner-involvement, and they market their listings accordingly.

But aside from the issues covered above, this creates another significant problem – suddenly, the near-passive properties that deserve a higher multiple appear super expensive. This is because whilst brokers very well grasp the above concept, buyers don’t – and many buyers only ever look properties that are priced lower than a certain multiple, without realizing that the 3.5x near-passive business actually provides them with a much higher ROI than the 2x owner-operated business.

Unfortunately, there aren’t any simple solutions to the issue. After all if there were then brokers would have implemented them quite some time ago.

There are a few semi-decent solutions, though:

If the majority of businesses are owner-operated, then perhaps it would make sense for brokers to treat ALL businesses that they list as owner-operated businesses (when it comes to presenting finances), and in cases where there are employees or freelancers, add these expenses back assuming an X-hour owner workweek?

Obviously, this isn’t a great solution and would never work without some major tweaks, mainly as there are multiple issues with it, such as what do we consider an average owner workload, how do we deal with businesses that by their nature are nearly automated, etc.

In this opposite scenario, brokers would treat all listings as passive investments, and where there are significant owner-operations, appropriate costs would be added to the Income Statement.

Whilst having spoken to buyers it would appear that this would be the solution that many buyers tend to prefer, the reality is a little bit more complicated than this.

Certainly doing things like this would provide a better “at-a-glance” overview of listings and their pricing, but there are still a number of difficulties to tackle, such as:

As such, it takes away the problems of choosing and buyer preference, but unfortunately other issues outlined above, largely remain.

I know that we have a number of active buyers, as well as brokers following this site and reading this article so it would be great to get a discussion going on what do you prefer as a buyer, and what issues do we see around it as brokers.

It’s a small industry and things tend to move at a fast pace so even a little bit of open discussion can change things around considerably.

Dirty Tricks that Website Brokers use to Milk You