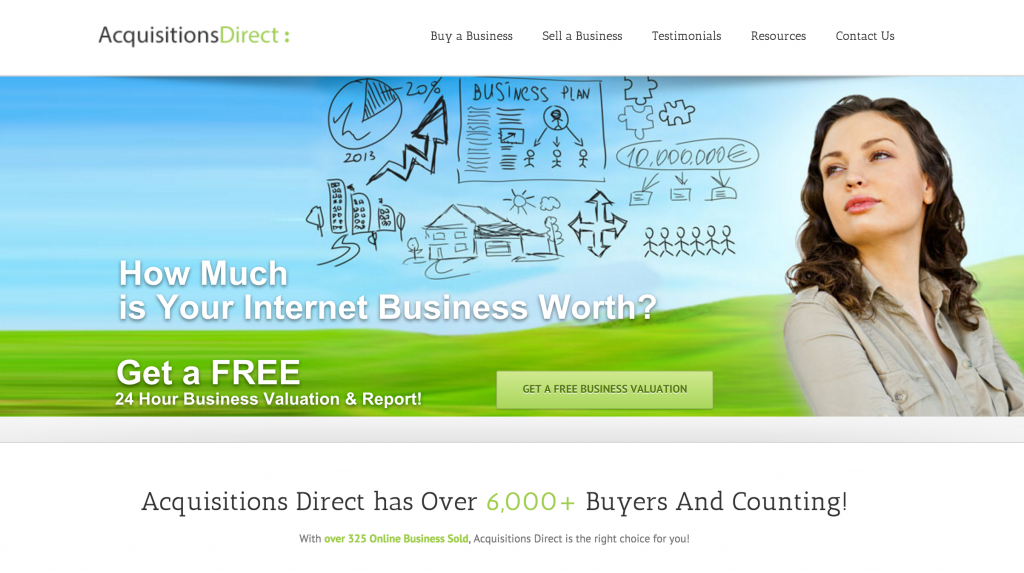 Established in 2008, Acquisitions Direct is one of more established brokerages that specialises primarily in higher-value ($1 Million+) ecommerce listings but is seen to take on listings as small as low six figures.

Acquisitions Direct appears to operate on a high-value/low-quantity model, closing only a few transactions each year.

Whilst the reviewer hasn’t seen and analysed a large number of Acquisitions Direct’s listings, based on the small sample looked at, properties seem to be of decent quality.

Acquisitions Direct appears to put significant effort into creating listing marketing materials, however they also appear to mostly use ‘old-world’ tactics and haven’t introduced elements that buyers nowadays expect, such as a thorough seller questionnaire and marketing materials focusing mostly on factual information, rather than sales and marketing.

Having been operating for 7 years, there’s no reason to doubt in Acquisitions Direct’s longevity. The reviewer doesn’t know, however, how many brokers are employed and therefore it’s impossible to predict whether there are potential reliability issues arising from over-reliance on a single broker.

We have no reason to doubt in AD’s integrity.

Inventory is generally between 5-10 active listings and turnaround times appear to be slower than usual, which is expected considering that Acquisitions Direct mostly focuses on higher-priced listings. The majority of listings appear to either sell or be delisted within 6-12 months from initial listing date.