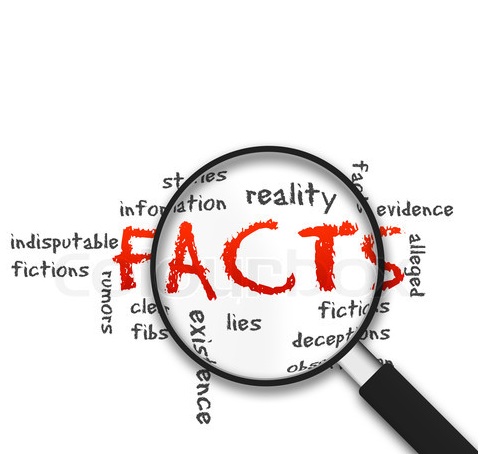 The Most Important Rule When Buying an Online Business

Buying online businesses often involves a significant learning curve, especially when dealing with more complicated businesses that come with a lot of moving parts. You need to know what’s the fair price to pay, how to complete proper due diligence, how to organise the handover of the business, what to do with the business after you’ve bought it and much more.

But everybody needs to get started somewhere. Because of this, I’m often asked questions along the lines of “what’s the one thing that I need to always bear in mind” or “what’s the one piece of knowledge that I absolutely need”. It’s a tricky question, as all of what I’ve listed above is almost equally important, but if I must come up with the one and only most important thing that all buyers of web businesses should know, then it would definitely be:

Don’t Take Anything You See at Face Value

Unfortunately, we’re in an industry where fraud and misrepresentation are an every day occurrence. This isn’t to say that there aren’t high-quality, non-fraudulent properties out there – of course there are. But as a buyer, you need to be as vigilant as ever to avoid making costly mistakes.

Let’s look at a few specific examples where things that you see shouldn’t be taken at their face value:

Broker Prospectus – One mistake that I see buyers make extremely often is taking what’s in the Broker Prospectus as “proof”, of sorts. There are two separate things to bear in mind here: Firstly, that the broker prospectus (or memorandum, or info-pack – however the broker you’re dealing with has chosen to call it) is a marketing document, and should be treated as one.

Secondly and more importantly, these documents are prepared by brokers (not by sellers), and in most cases aren’t even signed off by the seller. This means that unless the broker you’re dealing with takes responsibility over the claims provided within their prospectus (which is rarely the case), nothing that’s in there can be considered anything other than a sales pitch, let alone a “proof”.

Profit & Loss Statement – Similarly to Broker Prospectuses, Profit & Loss statements are often prepared by the broker, not by the seller. The seller has of course provided the financials, but the fact that the document doesn’t carry the seller’s signature makes it no more than an informative document.

Later on in the acquisition process, it’s strongly recommended to have the seller sign the Profit & Loss statement and to make it a part of the Purchase Agreement, so that the seller could be held responsible should any misrepresentations surface at a later date.

Owner Responsibility Claims – Another common area where seller’s claims shouldn’t be taken at face value is the number of hours and the expertise that it takes to run and operate the business.

Even if misrepresentation isn’t intentional, the time it takes to run a business often differs from person to person and sellers tend to forget about some tasks that need to be performed less often than daily or weekly.

You should always try and get a full understanding of ALL the tasks involved in running the business, then figure out how long those tasks would take YOU to perform, and finally use your common sense to try and identify tasks that the seller has (intentionally or unintentionally) forgotten about.

Information Within the Website’s Backend – One strategy that dishonest sellers have started practicing very often is demonstrating the back-end of their website as proof of sales. As a buyer, it’s important to bear in mind that the website that’s being sold, and everything that it includes, is in the hands of the seller. Therefore, it’s fairly simple for someone experienced in IT to have the website and its back-end display exactly the kind of results that they want it to. Always insist on third party proofs.

Tax Returns and Copies & Scans of Other Documentation – Whilst demanding for third party proofs is definitely a good idea, you need to also be vigilant in what sort of proof you’re sent. For one reason or another, many buyers tend to give substantial credibility to scanned and faxed documents, without realising that it probably takes an experienced scam artist mere minutes to put together such documents with forged data and signatures. Whenever you’re given any third party documentation for proof, make sure that the authenticity of such documentation can be confirmed at source.

In summary, when going through the acquisition process, always question every piece of documentation or information that the seller (or their representative) gives you. Then disregard everything that you can’t either verify through third parties or logically explain, and make your purchase decision solely based on the materials that remain.

It’s far easier said than done, especially as even at the higher end, purchase decisions are often at least partly emotional, but it helps to keep this in mind and try to follow the rule as good as you can, as it greatly reduces the risk of spending a small fortune on a low-quality business or worse – on a scam.

If you have any other examples of things that shouldn’t be taken at their face value or any negative or positive experiences on the topic then I’d be happy to hear about them in the comments section below.

How to Tell a Legitimate Website Broker from a Scam Artist