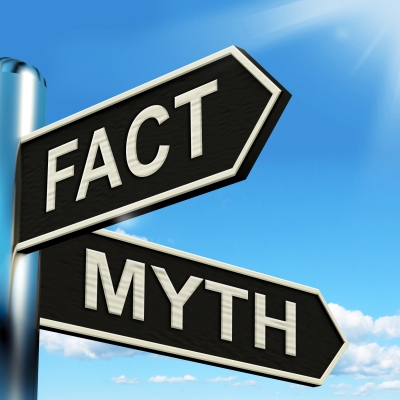 “Absentee owner”, “Completely Passive”, “Sit back and count the money” are terms often used by both sellers and unfortunately many brokers. But do passive opportunities really exist, and if they do – how should one go about identifying them?

My typical consulting call with a person who’s new to web-based businesses begins like this:

Aspiring Web Entrepreneur: “I have a background in land-based business, sufficient entrepreneurial experience and $XXX,XXX saved up in cash, and I’d like to get involved in the web-based side of things by purchasing something”

Me: “Sure thing. What would you say is the most important aspect when it comes to choosing the opportunity to invest in? The niche/vertical? Stability? Growth opportunities?”

Aspiring Web Entrepreneur: “Definitely time. I need something that I don’t have to spend time on. Something that would run on its own and require very little of me beyond the initial investment.”

… and this is not an uncommon occurrence. In fact, the majority of new buyers nowadays claim to be looking for passive opportunities.

It’s almost as if someone has played an elaborate prank and put up large billboards advising business owners to switch to an online business because running one doesn’t take any time.

Passive purchase opportunities do exist … but they’re far and a few between.

Let me get something cleared up – passive opportunities exist. They really do. But during my nearly half a decade in the industry and the well over 150 transactions that I’ve overseen in one capacity or another, perhaps 15 have been what I would feel comfortable calling “truly passive”.

But yet – nearly 75% of web based businesses advertised for sale claim to be passive – at least do a degree.

In order to figure out where the logic error happens, we have to look a little bit beyond the word “passive”, and understand what “passive” actually means.

Personally, I like to separate those passive opportunities into four distinct groups:

This is the group that the majority of “passive” businesses fall under.

Whilst the sellers and brokers of those businesses aren’t necessarily misrepresenting the business by saying that it takes its owner no time to run, they’re also not telling you that the reason behind this is that the business has simply been neglected.

This means that even though the current owner of the business might not spend a minute running it, continuing to do so would lead the business into a slow and painful death.

Many sellers realize this full well, which is often why they’re selling in the first place.

So how does one go about spotting a neglected business?

The easiest way is usually to look at the business’s historical financials and take a particular interest in its revenue trends. If the site’s revenue is on a steady decline with no apparent reason, then you’re likely dealing with an opportunity that has been neglected and is therefore on a downhill spiral.

Be careful though – brokers are keen to advise sellers that a declining revenue won’t do any good to the price, which is why many sellers “pick up things” a month or two before selling, to create an illusion that previously declining revenue is now back on track.

But that’s exactly that – an illusion. It’s typically achieved through one-off activities such as crazy-good promotional campaigns, sending a great offer to the site’s mailing list or putting up banners with significant holiday discounts. Those recent increases in revenue are rarely sustainable – and more importantly, never passive!

As I’ve covered before (several … times), there’s unfortunately a lot of scamming going on in our industry – both by sellers and some shady brokers.

Many of those scams are rather serious, such as misrepresented financials or under-declared expenditure, but a somewhat lighter form of scamming is misrepresenting the time needed to run a business.

It was only a few months ago that I noticed a fairly well known brokerage (I’m not mentioning any names but those who’ve been in the industry for a while will know!) was promoting an opportunity that looked something like this:

It’s quite reasonable to expect that a drop-ship business is passive, right?

But what about customer support emails that I’m guessing the site is getting quite a lot of considering the order volume. What about product catalogue updates? What about refund requests, delivery errors, invoicing?

In short – there was nothing passive about this business, and whilst we’ll never know the truth, my personal guess is that the owner spent at least several hours per day running the day-to-day, and that’s not taking into account the (much needed) marketing activities.

Always apply a bucketful of common sense and take seller’s claims with a grain of salt. Try to think of any activities that the business might require and question the seller about them. Then request proof if the answer seems too good to be true, e.g. no support tickets at a 750 orders per month volume.

Moving on to the brighter side of things, we have businesses that are actually not passive at all, but the owner has been smart enough to outsource most of the day-to-day either to staff or to contractors.

Opportunities like this don’t surface anywhere near as often than those that fall into groups #1 and #2, but there’s plenty of them, and more as the time goes on as entrepreneurs start better understanding the value of outsourcing.

There are a few important things to bear in mind when looking at an outsourced business, though:

The next and final group is the truly passive web businesses.

As I mentioned before, there aren’t many of them around, and those that do come up for sale typically get a buyer and go under offer in a matter of weeks, if not days – especially in the <$150k price segment.

Those are the true “set and forget” businesses – the ones that seemingly all buyers out there are dreaming about.

Those sites don’t have any employees to manage, don’t depend on a constant influx of content, don’t run on custom-developed platforms that need to be kept up to date, and don’t deal with customer support.

More often than not they’re just not good businesses!

As I’ve covered previously, there’s a clear difference between a business and a website – with the former being something that’s viable and sustainable, offers its clients something of value, and in general has the characteristics of a business.

The majority of those passive opportunities, however, can’t be considered businesses. Most of them are sites that have been thrown together by a web entrepreneur and they’ve happened to start ranking well on Google.

There’s of course nothing wrong with ranking well on Google, but if that’s what the “business” solely relies on then you can’t expect the site to stay operational and profitable for years to come. Read more about the dangers of depending on organic traffic here.

Apart from this, even those sites aren’t actually an absolute “set and forget” play. You will still need to address emergencies, update software versions, deal with spam and DMCA issues and much more. But that’s as close as you can get.

When consulting my time-poor clients both personally and through Deal Flow, I typically recommend them to look at Group 3, as that’s the closest to “passive” that one can get without taking on significant risks.

Something that most of my clients don’t like to hear though is that we’re operating in very much of a seller’s market, and there are far more buyers with cash at hand than there are good properties available.

Because of this, as someone who’s planning on completing an acquisition but doesn’t have much time, you can’t expect to find an absolute bargain (e.g. 1.5 years net earnings for an established and fully outsourced business), as there are many others similar to you ready to pay more.

If you see a broker listing something like this at a 1.5x multiple then approach it with extreme caution.

How to Generate 150% ROI Buying an Online Business