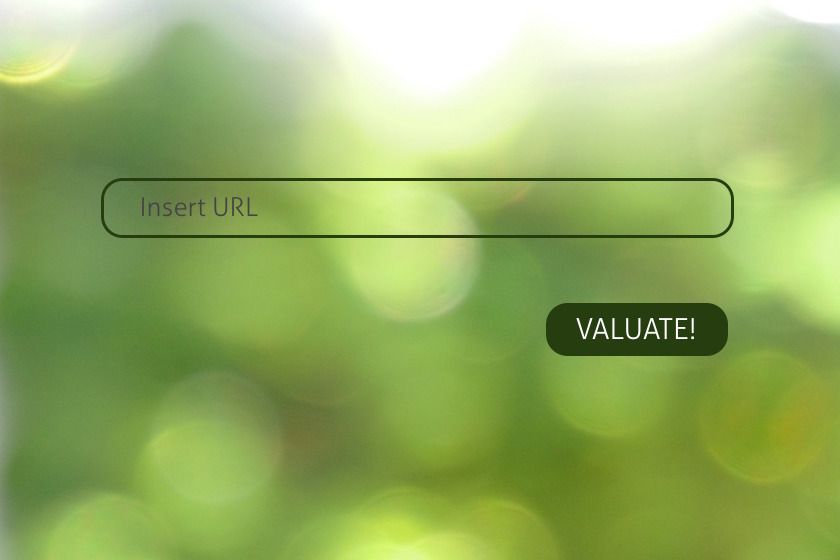 There must be hundreds of Website Valuation Tools of all kinds out there. Seemingly everyone, from industry enthusiasts to brokers and marketplaces, has at some point released one. But do these tools actually work in practice, or are the valuations absolutely meaningless?

The prospect of punching in your site’s URL and getting an instant “valuation” of your site may seem tempting, but in reality, most of these tools provide a valuation about as meaningful as an old lady with a crystal ball in front of her would.

Granted, some tools are more accurate than others, but as a general rule, don’t put your money on any of them giving you even close to an accurate valuation of your online business.

To understand why, let’s look at some different types of tools out there.

Probably the most common website valuation tools out there, these scripts don’t ask you for anything other than your web address, and they spit out a “valuation”, along with some other fancy-looking data.

The reason why this valuation means absolutely nothing is quite blatantly obvious – a valuation can only be as accurate as the input data. The value of a web business (and indeed any other business) mostly derives from its financials. This is then coupled with a number of other factors to arrive at the final valuation.

For tools like this, it’s impossible to know whether your site generates $10 a year or $5 Million a year, and therefore any valuation will always be meaningless.

Let’s add traffic to the equation

Some tools have taken this to the next level, and ask you to connect your Google Analytics, so that the tool would be able to quickly analyse your site’s traffic.

This is of course much better than the “blind approach”, but we still end up with the lack of financials, making it impossible for the tool to know what’s really going on.

So let’s add the financials!

Then we have a few website valuation tools that try to solve this problem by asking you to input your site’s financial data.

Some of these tools ask for just overall yearly revenue and profit numbers, others take it further by asking for a breakdown of your monthly numbers.

This is already MUCH better, and these tools are magnitudes more accurate than the ones described above, but they still lack quite a lot to allow them to come up with an actual valuation.

Firstly, even though it’s possible to set an approximate profit multiple range based on a site’s age, traffic levels, total revenue & profit and financial trends, an actual valuation is a combination of many more factors than this.

There are far too many of these factors to list them all, but let’s look at a few examples:

On the one side we have a business that drop-ships a commodity that anybody else can start selling at any point in time, and the only reason it makes money is because it’s been lucky enough to have a few Amazon rankings.

On the other side, we have a very similar business (in terms of age, traffic and revenue), but it’s selling a self-branded product that has amazing reviews and is produced by manufacturers specifically contracted for it.

Now for a tool, these two sites would look exactly the same, whereas the true value of these businesses would probably differ by a huge margin.

Cost of Replacing the Owner-Operator

Many online businesses are run by an owner-operator, and as such, the cost of replacing said owner-operator is a big deal, especially when it comes to smaller (<$200k) businesses, where this cost can eat up a significant amount of the site’s profits.

In theory, a tool can ask the business owner “how many hours do they spend on running the business” (a few, if any, actually do that), but even this would result in very little usable information.

Let’s assume that we have an ecommerce site that gets a lot of orders each month. The owner spends 40 hours on the site, processing orders and replying to emails. These tasks can be quite easily outsourced either to a low-cost employee, or even an outsourced fulfilment center and support team. The total Owner Replacement Cost would probably not exceed $20,000/year.

But at the same time, we have a software-as-a-service business where the main product was created and is being maintained by its owner, who happens to be an excellent web developer. Similarly to the ecommerce guy, the owner spends 40 hours a week working on the business, but his work consists of fixing bugs and writing software updates to the product.

Needless to say, replacing a high-end developer like this would cost several times more than the $20,000/year that we were talking about before. In most cases, we’d be looking at close to or even above six figures.

Once again, for a tool these two situations look exactly the same, as a tool has no way of knowing what’s the replacement cost of the owner.

Another important valuation influencer is industry trends. Whether the industry that the business operates in is showing constant growth or is expected to decline considerably plays a huge part in the valuation.

Whilst this is something that an automated tool can theoretically make an educated guess on, by trying to guess (or ask) the site’s industry and then comparing it against services like Google Trends, this is incredibly difficult to achieve and to my knowledge, none of the tools currently available do this.

Furthermore, even if our “super tool” did it, it would still result in a lot of false assumptions. As an example, we might be looking at an iPhone app that brings its users an array of advanced photo editing tools.

The valuation tool may pick up “iPhone” and “photo editing”, both of which may seem to be growing in terms of Google searches, but what it would fail to notice is that Apple has recently announced that the new version of iOS will include all of these tools “out of the box”, rendering the app close to useless.

(This is, of course, made up, but it perfectly illustrates what’s a common situation that I personally encounter when valuing websites.)

As a result, the tool would probably think that the industry is rapidly growing and assign the site a pretty high valuation multiple, whereas a broker (and the marketplace) would value it at a much lower price due to the major risk that’s around the corner.

The above were only 3 of several hundred things that influence the value of a website or a business, and we didn’t even talk about things like finding adequate comparables (as it’s always the market that decides a business’s value, at the end) or factoring in whether the owner of the business wants to sell it quickly or is happy to wait around for the right strategic buyer to step forward.

Because of all this, there’s virtually no way that a computer can take on the role of a human and provide a valuation that’s anywhere close to accurate, at least not in the foreseeable future.

As a tech-geek, I believe fully in the capabilities of Artificial Intelligence, and agree that there’s actually nothing in the valuation process that would actually require a human, but at this moment in time we’re very far from developing a technology that can replace a human in this industry, and considering the relatively small size of the industry, someone investing millions into large-scale artificial intelligence development just to solve a small problem like this is extremely unlikely at best.

With this in mind, I’d strongly recommend anyone interested in the actual value of their web business to steer away from automated valuation tools of any kind, no matter how fancy they look like, and speak to an actual website broker, most of whom would be happy to value your business and, in most cases, do it free of charge in hopes of landing you as a client later on.

Why the Auction Model Doesn’t Work for Selling a Website

Does Launching a Business Valuation Tool Make Me a Hypocrite?